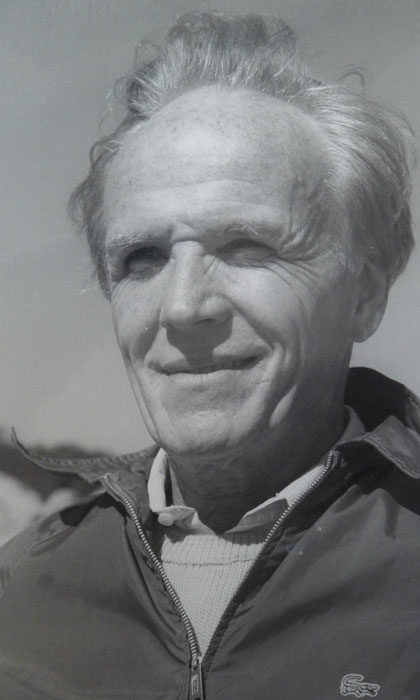 John “Jack” Kibbe died peacefully in Yorktown Heights, New York on Sunday, March 21, 2021.  He was 96 and lived a full and well-rounded life in his beloved Yorktown community.

He was born on June 6, 1924 in Waterloo, Iowa to Kyle and Elizabeth Marie Curran Kibbe. His family soon moved east, and Jack grew up in Southwick, Massachusetts.

After attending high school, he enlisted in the United States Merchant Marines as the United States entered World War II.  He served aboard convoy ships transporting wartime supplies to Europe across the North Atlantic.  He married his childhood sweetheart Pat Hosley in 1944.   They would remain married for 70 years until Pat’s death in 2014. When the war ended, he and Pat settled in New York City and Jack went to law school while Pat started her acting career. When he graduated, he started his own law practice, working from a small office under an elevated subway line on the East Side of Manhattan.

Jack and Pat moved to Yorktown in 1955 and set to work fixing up a long-unoccupied house on Crompond Road (now Route 202).  In the 1960s, Jack successfully ran for Supervisor of Yorktown and served two terms. During the first campaign, he promised that if he were elected, he would give up his law practice in New York City and he eventually founded a local firm (now known as Kibbe & Iasiello) and practiced in the Yorktown community for 50 years.

He also served as Chairman of the Yorktown Board of Ethics and as a Trustee of Westchester Community College. He was immensely proud to have served multiple generations of Yorktown families as a counselor, trusted advisor, and friend. Jack was known for his judgment, fairness, and intelligence; he had a keen sense of humor and wide-ranging knowledge of history, politics, and current event.

He was a supportive partner for Pat, who had a long career in theater, radio, and television, and who ultimately devoted her talents to writing books for young adults and founding Kids to Kids, a humanitarian organization committed to providing educational materials to children in refugee camps worldwide.

The couple raised 5 children, all of whom attended school in Yorktown. Jack was an avid fan of Yorktown football and lacrosse games; he loved the outdoors, he loved dogs, and was committed to environmental causes as well as social justice.

He is survived by five children (Jon, Kyle, Ethan, Allison, and Justine), six grandchildren, and one great grandchild.