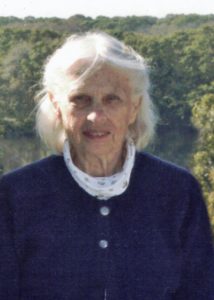 Nancy Mulford Murphy passed away peacefully on January 28, 2021 at her home on Fishers Island, NY.  Nancy was born in 1922 in Schenectady, NY to Marion Bush and Allen Mulford, an International General Electric engineer. Except for a brief period when her father was on a special project in India, she grew up in Schenectady.

Nancy graduated from Vassar in 1943 and began her career as a chemical engineer with Hercules Powder Co. and the General Electric Company eventually working at the Knowles atomic power laboratory. Many of her lifelong friends came from either Schenectady or Vassar. She was introduced to Fishers by friends Sally Ferguson and Cherry (Rice) Rafferty. This is where she met her husband, Gordon S. Murphy, and was introduced to saltwater sailing. They married in 1952 and eventually moved to Briarcliff Manor, NY.

In the mid-60’s she completed her Masters in Education and Psychology from Teachers College at Columbia University and began, with a passion spurred by her strong conviction that everyone should have an excellent education, a twenty-year second career with the Greenwich Country Day School. Never one to sit down for long, she was a life-long avid volunteer ranging from various Junior Leagues to the Fishers Island Library. In retirement, always hungry for knowledge, she enjoyed numerous trips to Europe and Africa with both the Smithsonian Institute and her friends. 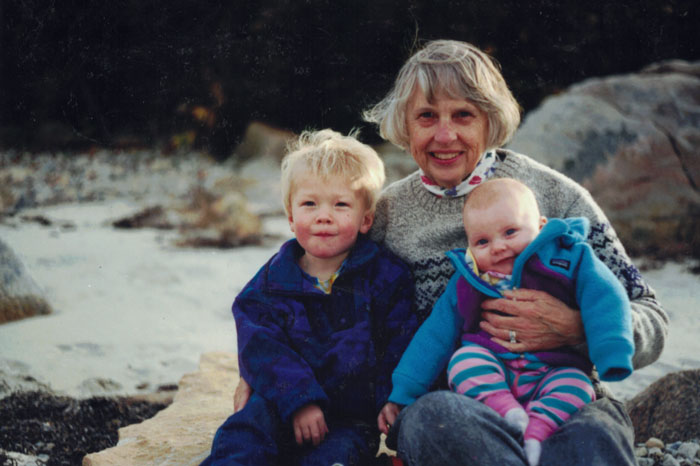 Most of all, she loved spending as much time as possible on Fishers Island, enjoying lunches with her friends, bible study, Sunday church services, her garden, and reading.

She is survived by her son, Gordon S. Murphy, Jr., and her grandson, William G. Murphy

On Saturday, August 14, 2021 there will be a memorial service for Nancy Mulford Murphy, at St. John’s Episcopal Church on Fishers Island at 11:00 AM.

There will be a free charter ferry with limited seating (18) leaving from New London City Pier on Saturday at 10:00 AM. The charter is managed by the FI Ferry, so if you are interested in reserving a seat please call Gordon at 860/442-0165 and leave a message to reserve a seat.

In lieu of flowers she wished that contributions be made to the three churches on Fishers, St. John’s Episcopal Church, Union Chapel, Our Lady of Grace Catholic Church.