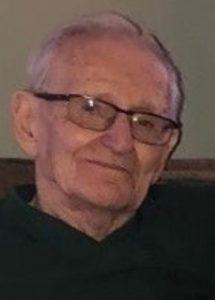 SOUTHBURY — Mario D. Olivieri, 92, passed away on Saturday, Dec. 26, 2020, at Saint Mary’s Hospital in Waterbury after a short illness. He was the loving husband of Marie A. (Macchia) Olivieri. Mario didn’t think he’d make it past one of the first dates, both on this earth and in their relationship, when he was called inside by a teenage Marie’s father after he brought her home late. They were married for more than 71 years.

Mario was born on April 17, 1928, in Fishers Island, N.Y., on the Eastern tip of Long Island’s Suffolk County. He was the son of Adam and Maria (Londei) Olivieri. He spent some formative years in Fishers Island before moving to and being raised in Naugatuck, Conn., where he was a graduate of Naugatuck High School.

Mario built his life in Naugatuck by hand. After going into the construction business with his father, he erected the majority of the houses — and named the adjoining streets, Bird Road and Spruce Drive — in what would become his neighborhood for more than five decades. He spent the last 18 years in Southbury, Conn., 15 of which were in Heritage Village.

Over the years, he held many jobs, most of which involved the design and remodeling of grocery stores. If you’ve shopped at one in the Northeast, he could tell you more than you wanted to know about it. He held a managerial role at Allied Grocers, a co-op of supermarkets in Connecticut and Massachusetts, where he was involved in store design.

Mario and Marie also were co-owners of The Home Market, a grocery store in Naugatuck. Possessing a legendary work ethic, he was employed into his 80s.

He had three great-grandchildren, Kate Webster, Natalie Olivieri and Mario Olivieri — and one on the way. Mario also is survived by his sister, Ann Palmer, of Atlanta, his beloved brother-in-law and sister-in-law, William and Louise Macchia of Southington, and several nieces, nephews and cousins.

Services for Mario will be private. Contributions in honor of Mario can be mailed to St. John the Evangelist School, 760 Main St., Watertown, CT 06795.