One Writer’s ‘Process of Creativity’

While sitting at the green marble kitchen counter at the Garden Cottage we are happily renting again this year, I can look out at the bright sunshine and the sparkling water while I work on a sequel to my novel Chasing Cleopatra.  I can also eat a few chocolate chip cookies. 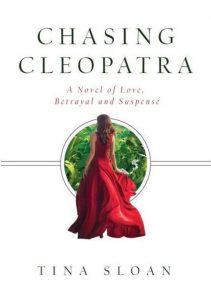 It took me 5 years on and off to write Chasing Cleopatra but the sequel (which is the follow up book to the novel) is moving along at a much faster pace right now since life is at a much slower pace.  Creativity is blooming everywhere as we figure out the next steps in our lives. Creating like walking every day on the wonderful paths on this island calms me.

My creative process is really fun.  For example, recently I have been working on a character from Chasing Cleopatra, named Jake. In the novel Jake is a rogue (a handsome one it is true but a very bad boy from the start).  I open the second book (the sequel) with him and I plan to KILL HIM OFF.  I decide to do this in St Moritz, Switzerland since he was in Honolulu in the first novel and I thought it would be more interesting to change the venue.

It has started to snow as I put Jake in a gondola where he is joined by another skier who is dressed in white ski clothes.  The other skier tells Jake he can “ski this mountain blind, that he is forgetful about many things but his body still knows how to ski like a bandit”.  The snow starts to fall more and more heavily as the gondola heads up the mountain and by the time they are at the top, it is claustrophobic, a total whiteout, a mass of white snow. Jake can see nothing.  This means I CAN KILL HIM by having him ski off the side of the mountain or run into a tree.  BUT he asks the man dressed in white who was his companion in the gondola and who had told him he could “ski this mountain blind” if he can follow in his tracks.  The man shrugs and takes off whistling.  Jake gets in his tracks and is relieved he can hear the whistling since he can see nothing, when suddenly the whistling stops.  Jake (who is a CIA agent now) knows he is in big trouble when he goes for his cell phone to find it is gone. Obviously, the Whistling Man (whom I now decide is going to be a Russian oligarch) is leaving him alone to die (MY PLAN) but all of a sudden Jake starts talking and he takes over his own destiny.  He quotes Pablo Neruda whom he says is the only poet he likes and he has learnt one poem in his life perhaps just for this very deathlike whiteout moment and he quotes it, “each one moved along, intoxicated by that boundless solitude, by that green and white silence. it was all the dazzling and secretive work of nature, and at the same time a growing threat of cold, snow and pursuit.”  Now, I can’t possibly kill him.  He is quoting Neruda whom I love and is not being a big baby but being in charge of his life as he speaks of what it would be like to be blind which is exactly what he is in this whiteout.  He takes over the sequel and he DOESN’T LET ME KILL HIM.  The character Jake has grown up in the intervening 6 years since I left him in Honolulu being handsome and sexy and that’s about all.  He just stunned me when he spoke and so I let him figure out how to get down the mountain and not die as I had planned.

In my creative process, the characters often tell me what to do.  They wake me up in the middle of the night and insist I add the fact that they were cheerleaders in school or have Aspergers and therefore can solve things the rest of us can’t figure out.  They insist I get out of bed and learn all about cheerleading and about Aspergers until 5am when they let me go back to sleep.

When I was writing Chasing Cleopatra, I would call black- op and deep under- cover friends of my son for insights into the terrorist in the novel.  Then I would study their insights to make the book work.  By the way, the terrorist never woke me up. He was far too busy strategizing.  But I had to be sure to hide his nefarious doings from the reader and yet give hints that they can see when he is unmasked. NO ONE HAS GUESSED WHO HE IS YET. Till he is unmasked. Friends have called me at 3am furious Chasing Cleopatra kept them up all night and stunned at the many deceptions and secrets it has. I do think after acting on a soap opera for 35 years, I certainly should be very good at cliff hangers and surprises. 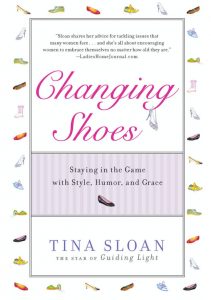 Many writers plot a book.  My characters do all that work for me! But they also protect themselves from me like Jake just did when he became a poet to stay alive. I must say I can’t wait to see what Jake does and what Cleopatra does in this sequel.

By the way, I need a title for it if anyone has ideas. Since finding the right title is one of the hardest things to do, any thoughts would be very much appreciated.

So thank you, Tina