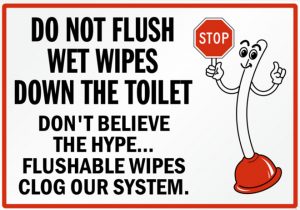 “Disinfecting wipes are helping people combat the spreading of germs amid the coronavirus pandemic.

But some experts say the wipes, arguably the supply that’s been used to clean surfaces in homes the most, are harming sewers.

Why? Because people are flushing wipes down toilets, rather than dumping them in the trash.
Now, public agencies around the nation are urging people to solely throw their wipes in the trash, warning that not doing so could cause blockages and damage to sewer systems.” CNN

In addition, to wipes, DON’T THROW ANYTHING ELSE DOWN THE TANK

“They need to be warned not to throw towels and/or shirts in it TOO. Hard to believe, but sadly true. In the past couple of weeks, FISHERS had to reset one of the pumps thinking it shut down from heavy rainfall, but unfortunately, it turned out to be a towel/shirt caught in the pump. The pump guy came to the island and when clearing the towel/shirt from the pump he took the picture below.” 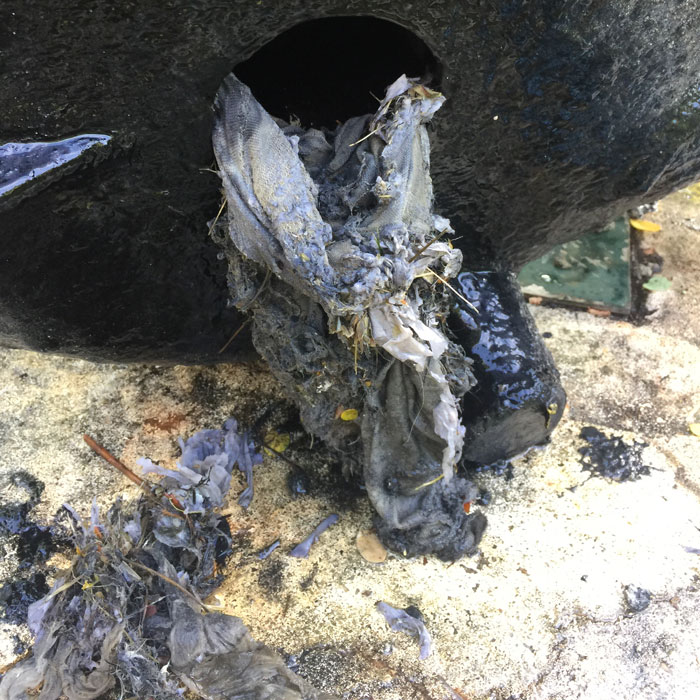