One clearly stated goal of Southold’s soon-to-be-adopted comprehensive plan is to address affordable housing townwide — including Fishers Island, where the median home price is reported to be $1.47 million, according to the real estate company Zillow.

Some residents, however, are already pushing back against a plan that would see affordable housing built in the Ft. Wright neighborhood of the four-square-mile island.

The Walsh Park Benevolent Corporation, a not-for-profit organization whose mission is to provide housing for a year-round community on the island, has proposed six affordable housing units for property located at the corner of Winthrop and Equestrian avenues.

“To a large extent, [well-intentioned] people are either for it or against it.” PIERCE RAFFERTY

“Those working on Fishers Island cannot go one town over for more affordable housing. They must go across the Fishers Island Sound,” Walsh Park officials wrote in an Aug. 20 letter to the Town Board. Year round residents, the group says, provide essential services as volunteer firefighters, EMTs, crossing guards and other roles.

In order to move the project forward, Walsh Park is seeking a change of zone for the property from Residential 40 to Hamlet Density.

Proponents of the project, like Harry and Susie Ferguson, cite a dwindling year-round population as evidence of the need. “Growing up there were perhaps 600 year-round residents, including all of the school teachers, everyone who worked for the Fishers Island Utility Company and most of those employed on the Island,” the couple wrote in a March 2020 letter to the Town Board.

Current estimates put the year-round population at around 230, a number that may rise due to the current pandemic. “Every additional family will benefit the island,” the Fergusons said.

“It’s a hot button issue on the island right now,” said town Planning Board member Pierce Rafferty, a Fishers Island resident, who pointed out that the issue dates back more than 30 years. “To a large extent, people are either for it or against it,” he said, adding that there are “well-intentioned” people on both sides of the issue. 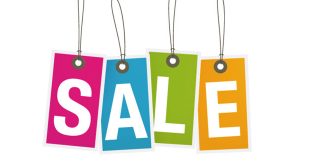