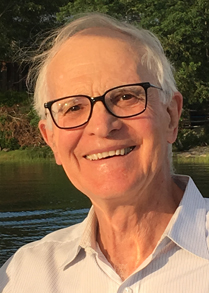 Statement: I care deeply about the future of Fishers Island. I am a registered voter and live on Fishers Island five months out of the year. I am a member of the Big Club, a stockholder of FIDCO, and of the Goose Island gas station. I have actively supported Walsh Park, the Island Health Project, the Community Center, the Fire Department, the Library, and other Island causes.

When Lois and I purchased White Gables 42 years ago, Fishers Island was a magical place where you could send your children (we have four) off to their classes on their bicycles, and know they would be safe. It is still that place for our grandchildren, but it now faces serious problems. The year-round population has dwindled from 460 to 230. The Island School, which we all support with our tax dollars, is approaching a tipping point. In June there were four seniors in the high school’s graduating class. A large contingent of magnet students from Connecticut help make the school a remarkable place with an excellent faculty and exceptional programs in science and the arts. But, if there are not enough Island students, it may have to close. The Island would then lose even more families. Affordable housing is a major issue.

There are encouraging signs of revival in the Fort area – the Island Community Center, Lighthouse Works, the Walsh Park apartments above the Ferry freight office, and more. The Island needs a forum, where all members of the community are represented, to monitor and encourage this revival. The ICB is that forum. It is the closest thing we have to our own community government.

The viability of Fishers island year-round is important to all of us who summer here and appreciate the island’s beauty. If we want Fishers Island to continue to be the unique place that it is, we need the ICB to play a thoughtful and active role. I hope to contribute to that effort.

George de Menil holds a B.A. from Harvard and Ph.D. from MIT. He has taught economics at Princeton, Harvard, the Stern School of Business at NYU, and the Paris School of Economics. He is a member of the French Academy, and was for 17 years on the Board of Schlumberger Ltd. He and his wife Lois have four children – Jason, Joy, Benjamin and Victoria, and 7 grandchildren, who enjoy summers on Fishers. Joy met her husband, Laird Reed, on Fishers.