Click any image to see a larger version.
Photos by Andrew Edwards

Ospreys have attempted to build nests on chimneys at three houses, and have also tried to build on several utility poles. 34 fledglings is a new record for Fishers Island.

Many thanks to Andrew Edwards who performed the count using his drone, Whitney Edwards for assisting/witnessing with the count, and Lori Swenson for her help with the paperwork.

Respectfully submitted for the Ferguson Museum and the Fishers Island Conservancy, 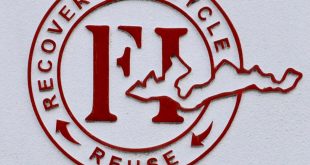