Plum Island: For the Birds 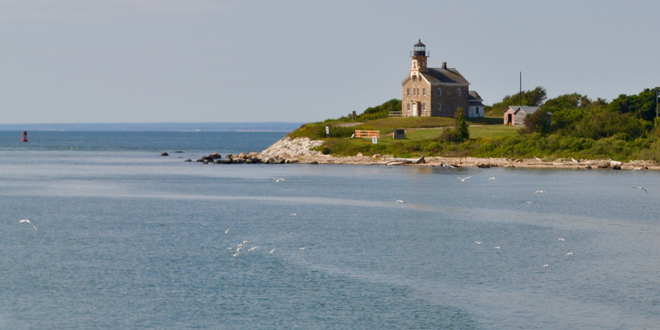 Photo credit to Jane T. Ahrens unless noted.
Click any image to see a larger version. 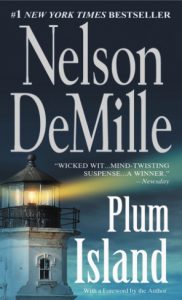 Sitting alone in the waters in between The Race and Orient Point lies a small island shrouded in mystery, the subject of tall tales, rumors, hypotheticals and deep dark secrecy.

My introduction to Plum Island was by author Nelson DeMille and his character John Corey in the 1997 mystery novel Plum Island. I devoured this book with great interest, from a safe distance, hunkered down in my beach chair on Isabella.

Of course, back in the day, many of the ‘rumors’ were true, just unconfirmed, of the cruelty to animals variety. And one always wondered if those bio-diseases were truly safe and sound in some underground bunker across the water, with the prevailing wind blowing in one’s direction.

An opportunity occasionally presents itself and you wonder, should I or shouldn’t I. Well, there was no doubt about taking a chance to visit Plum Island in person. 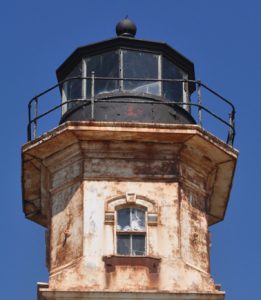 It was a long wait to learn if it would really happen. After completing the HSA (Homeland Security Agency) paperwork in June, and finally receiving confirmation in late August that I was cleared, the trip was almost canceled with a possible visit from Hurricane Irma, but the Coast Guard gave the OK the night before. As if boarding a plane, we went through security with our U.S. government-issued IDs, a bag search, (no laptops, iPads, jack-knives, etc.) and we embarked from Old Saybrook very early September 13, 2017, in the fog, on the Department of Homeland Security (DHS) ferry which transports hundreds of scientists, staff, and security to the Island each day.

One interesting note…we were told lunch would be provided, or we could bring our own, however, “all food brought to the island must be consumed here unless it is in an unopened and commercially packaged container like a bag of unopened chips – those can go back on the boat in the afternoon. Liquids can come and go off the island in an opened state (morning coffee or an open bottle of juice).” Hmmm.

The 30 of us included mostly “individual non-mission related visitors” like myself, and staff and volunteers from the Preserve Plum Island Coalition and the group trip organizers, the Connecticut Fund for the Environment and Save the Sound.

We were reminded that we were visiting PIADC (Plum Island Animal Disease Control) a secure federal facility, not a museum, and as such had other explicit instructions including – taking photos was permitted, but only in specific areas, no videos at any time. When we later stopped off at the old fort grounds and visited the beach, we were not allowed to gather any sand, shells, stones, driftwood or anything to take home.

Upon arrival at the DHS ferry terminal, we disembarked and received a huge security pass to wear. We were greeted by our guide, Public Relations Officer Jason Golden, and started a walk about the west end of the island – most of which is an area where photos are not allowed. One stop was a burial marker partially hidden in the brush and poison ivy. Col. Thomas Gardiner died in 1786 – some say his ghost is still a wandering soul on the Island. One in our party spotted a snapping turtle which was thus saved from becoming road kill.

Our morning trek ended at the PIADC’s main building. There we would learn more about what research is done at the facility, have lunch and meet the PIADC’s Director.

What really goes on there?

Best explained in DHS’s own words: “The center’s primary focus has been helping to prevent foot-and-mouth disease (FMD), which last occurred in the United States in the late 1920s. Research and diagnostic efforts conducted at Plum Island are focused on keeping that disease, and other foreign animal diseases like it, from threatening the multibillion-dollar U.S. livestock industry. In fact, PIADC is the only facility in the nation where live FMD virus can be studied, and its scientists are taking critical steps toward a new vaccine.” ~ www.dhs.gov/science-and-technology/plum-island-story click link below

After lunch, we boarded a bus and explored more of the island. The first stop was the Plum Island Lighthouse. Completed in 1869, it still serves the water traffic at the tip of the North Fork. It is a very similar structure to Race Rock Light where the lantern was first lit January 1, 1879.

On our way to the main Fort Terry building remnants, we stopped at the gun emplacements. These structures held the  3″ and 6″ artillery. They never were fired at the enemy and were part of the Long Island Sound defense along with Fort Tyler on Gardiner’s Island and Fort H. G. Wright on Fishers Island from the early 190os to the late 1940’s. 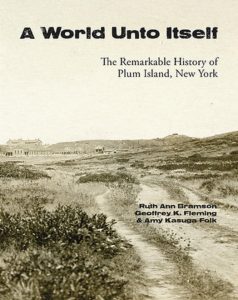 For many in the 21st century, Plum Island – heavily patrolled and off-limits to virtually everyone – remains shrouded in secrecy and is viewed with skepticism to apprehension about what really goes on there. Through its many incarnations, Plum Island has managed to remain in a semi-natural state. Today, it provides a rare glimpse of what much of the Northeast was like before it was gripped by “progress.” At the same time, it bears the marks of the human history that has unfolded there. For the first time this new book reveals the long hidden history of this unique island. Richly illustrated and annotated, this book is a must for anyone interested in the history of one of the most mysterious and fascinating islands on earth.” ~ Amazon.com

The case to Save Plum Island

Exploring the grasslands, freshwater ponds, bird watching station, and of course, the beautiful beaches was the end of our day’s tour of Plum Island before heading back to the DHS ferry terminal for the return trip to the mainland.

Years of observation and research show that Plum Island is an extremely important migratory rest stop, critical home and breeding ground for a wide variety of birds (reportedly in the 100s), fish, and other land and marine mammals. This small island also supports a natural environment for many rare and endangered plants. Because Plum Island is so unique in its relatively uninterrupted original state, there are many concerned citizens, volunteers, and organizations trying to keep it from being developed and protect the flora and fauna.

The Animal Disease Center’s government research facility is moving from Plum Island to Kansas in 2022 and that new construction is already fully funded.

“The challenge is to save, not sell, 600 acres of wild lands on Plum Island.
Its permanent protection requires the cooperation
of the federal, NY and CT governments.”
~ Connecticut Fund for the Environment & Save the Sound