The 47th H.O.G. Tournament was held at the Fishers Island Club to benefit the Island Health Project (IHP). Net proceeds from the tournament support medical care for all Fishers Island residents and visitors. Co-chairs this year were Bob and Margaret Warden. As is the tradition, teams of six are encouraged to dress up and have fun!

The crowd joined the golfers and supporters of IHP at 9:45 at the Big Club for the annual parade before the golf teams hit the course. (Click any photo to see larger images.)

Up to 10 teams are eligible to participate in the parade. Golf teams must indicate their willingness at the time of sign up. One-two costume prizes are awarded to teams who don’t perform in the parade.

A gray morning never really turned into a beautiful afternoon but a lot of fun was had by all!

Because the FIC’s main building is under construction, the brunch and awards ceremony were both held in the Beach Club’s tent. People also shopped for all the great H.O.G. merchandise before the parade – and all day.

The “Noon Balloon” award is in memory of John Bartol who was an original organizer of the HOG. It is awarded each year to the single participant who best exhibits the spirit of the HOG. Hilary Hotchkiss, Johnny’s step-daughter, and Perry Bartol, his grandson, awarded the trophy this year to Andrew Burr. 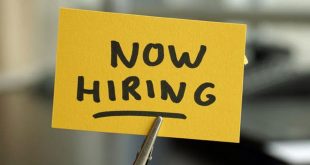