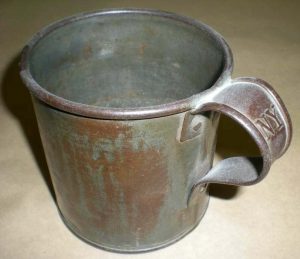 The end of a year brings out all sorts of activities, whether it is stocking up on unneeded sale items after Thanksgiving, making travel plans, decorating, cooking, or just generally aggravating about the state of life as it was, as it is and as it will be.

At Fishers Island, another activity that is so important to the community is the annual Tin Cup Derby…the organizational fund-raising that allows the Island to keep functioning the way it has for so many years. While we as a community are not alone in supporting organizations, we are unusual in that so much is supported by volunteers and private funding, spread over the same, barely growing numbers of people.

Because it has been this way for so long, it runs the risk of being taken for granted – that “they”, whoever that may be, will always take care of it – and all will go on as usual. It should not be taken for granted and it is an enormously important part of the fabric of the Island, Winter, Spring, Summer and Fall. This year it seems more apparent, as the solicitations appear to be bunched together more than in the past. This may make it seem bigger or more annoying; it is just the same and they are all just as important to the Island as they have ever been.

Fishers Island has been fortunate over the years, but it could be that change is here. “They” are becoming scarcer, and “we” must pick up the slack for the good of a community that plays such an important part in so many ways in our lives. We hope everyone will respond to the various Annual Appeals positively.

John Spofford wrote this in December of 2011, perhaps when the Island’s Community Center annual appeal was about to or had just started. We are not sure it was ever printed, but in this holiday season 5 years later, it seems appropriate to share as the main point which still rings true today – how important it is for all of Fishers Island’s community members to consider those island organizations’ annual appeals.

A resource: An informed guide to the pandemic sent to your email. Sign up today.