“It’s a sad day for all those of us who love the Sound.”
— Adrienne Esposito, Citizens Campaign for the Environment

“EPA’s decision to establish the Eastern Long Island Sound Disposal Site incorporates protections and restrictions on use similar to those established for the central and western Long Island Sound dredged material disposal sites earlier this year,” said Curt Spalding, regional administrator of EPA’s New England office. “Our decision is based on sound science, reflects extensive public input, and strikes an appropriate balance between the need for dredging to maintain safe navigation and protecting the significant natural resources of Long Island Sound.”

The site protections and restrictions included in the final rule are intended to help meet the goal of reducing or eliminating dredged material disposal in the open waters of Long Island Sound, he added.

In response to public input, “EPA’s final action reduces the overall number of disposal sites from four to three, reduces the footprint of the ELDS from the original proposal, and protects ecologically-sensitive areas with active fisheries,” a release stated.

The final rule includes standards for disposal and also includes procedures to promote the development and use of practicable alternatives to open-water disposal of dredged sediment, according to the EPA.

A steering committee and regional dredging team will be created for the Long Island Sound, made up of federal and state agency representatives working to look for alternatives to open water disposal of dredge spoils, the EPA said; they will also review dredging projects and offer recommendations to the U.S. Army Corps of Engineers and private dredging entities regarding how the dredged material from such projects should be handled, the EPA added.

The news was met with disappointment locally by environmentalists and elected officials.

“EPA’s casual attitude about contaminating Long Island sound is simply not justifiable. The decision to totally ignore New York’s concerns is not only irresponsible, it’s politically absurd. We are hopeful that Governor Andrew Cuomo aggressively pursues this battle in court. A new battle to protect Long Island Sound begins today. In the past the enemy was sewage, today the enemy is the federal government. It’s a sad day for all of us who love the Sound,” said Adrienne Esposito, executive director the Citizens Campaign for the Environment.”

He added: “No private applicant would ever get approval for any project if his application were that insufficient. He would never get away with it. The ACOE shouldn’t get away with it, either.”

The plan to reduce the number of sites and the footprint of the sites does nothing to protect the environment, Russell maintained.

“It reduces the amount of degradation of the environment but it’s still degradation,” he said.

A statement from Congressman Lee Zeldin reflected his thoughts on the decision: “Congressman Zeldin has been vocal about his support of phasing out all open water dumping in the Long Island Sound. He has also called for the two current eastern dump sites to be closed on December 23, 2016, as determined previously by the EPA. Today’s EPA decision ensures that Cornfield Shoals, off the coast of Southold in the Eastern Long Island Sound, and the other preexisting eastern dump site, will be permanently closed next month,” he said.

Added Zeldin, “The creation of a new limited dredge disposal site exclusively in Connecticut state waters is progress over past practices, but we will continue to push the EPA to fully phase out all open water dumping in the entire Long Island Sound, advocating for land side disposal and recycling of dredge waste, and for beneficial reuse in shore restoration projects.”

Federal environmental officials Friday dismissed protests from New York and issued a final ruling that will allow operation of an open-water site in eastern Long Island Sound for disposing of dredged materials from harbors and ports.

The U.S. Environmental Protection Agency decision drew applause from Connecticut’s congressional delegation and state officials who argued that halting dredge disposal in the eastern Sound would be a damaging economic blow for shoreline communities in this state.

In its ruling, the EPA shifted the location of the new open water disposal site to place it entirely within Connecticut waters.

New York officials and environmentalists fear the open water disposal of muck dredged primarily from Connecticut harbors could pollute the waters of the Sound and harm commercial and recreational fishing. 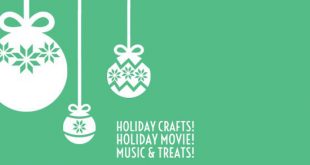