Patricia “Pat” Hosley Kibbe died peacefully at her home in Yorktown, New York on Sunday, July 13th, surrounded by her loving family. She was 90 years old and lived a full and well-rounded life.

Pat was born on September 2, 1923 to Loring and Frances Hosley, and grew up in Southwick, Massachusetts. Her father was vice president of Indian Motorcycles, and Pat graduated as valedictorian of her high school class. She turned down a scholarship to Wellesley College in order to pursue an acting career. She attended The American Academy of Dramatic Arts, and after graduating in 1944 appeared on Broadway in the musical “Janie”, as well as other well-known theater productions. She had a successful career in radio and played “Gladys” in the long-running and popular “Henry Aldrich Family” radio program.

As the television industry emerged, Pat made the transition from radio to TV and became a pioneer in live TV, including performances on Armstrong Circle Theater and early syndicated comedies – she appeared on “The Honeymooners”, where she played Agnes, Alice Cramden’s sister, and early TV shows including “Car 54 Where Are You?”. As Madison Avenue ascended and it came time to raise a family, Pat transitioned to commercial work – she made memorable TV commercials for Dove, Playtex, and General Mills – among her memorable lines were “There’s a Dove in my pantry!” and the still famous “I’m cukoo for CoCo Puffs!”

Pat and her husband John (Jack) Kibbe purchased their home in Yorktown 60 years ago in 1954. They raised five children and both Pat and Jack were active contributors to the growing Yorktown community. Pat helped start a Christian Science church in Yorktown and donated her time to the Yorktown schools and many other schools in the Westchester area.

After a vibrant career in theater, radio and TV, Pat started to write. She was a gifted storyteller who found her material in the joy of surprise of everyday life. She wrote three well received books for young adults – The Hocus Pocus Dilemma, My Mother the Mayor Maybe and Mrs. Kiddy and the Moonbooms – all of which were originally published by Knopf and have been recently re-published by the Author’s Guild.

She is survived by her husband of seventy years, her five children and her six grandchildren. Donations in her memory can be made to the Fishers Island Library Association, Box 366, Fishers Island NY 06390. 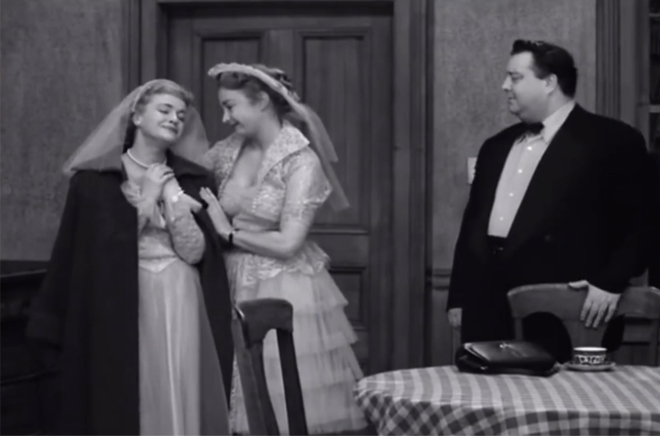 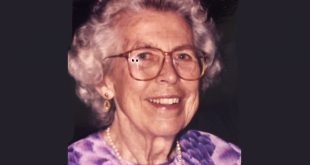 Her family was her endless source of happiness and pride.