Ralph Waite, Patriarch in ‘The Waltons’, Dies at 85

Ralph Waite, a multifaceted actor who became etched in television history as the craggy-faced, big-hearted patriarch of a rustic Depression-era clan on the popular 1970s dramatic series “The Waltons,” died on Thursday (February 13, 2014) at his home in Palm Desert, Calif. He was 85.

His death was confirmed by Susan Zachary, his agent, who said the cause had not been determined.

Mr. Waite was a respected New York stage actor when he was offered a role on “The Waltons,” and at first he was not enthusiastic about it. But his agent, he recalled, advised him to take the part so that he could “pick up a couple of bucks” in Hollywood and go back to New York.

“The Waltons” made its debut on CBS in September 1972 against two already popular shows: Flip Wilson’s irreverent comedy-variety show on NBC and, on ABC, “Mod Squad,” a drama about young undercover police officers. What some saw as a cornball newcomer was expected to be buried, but within two seasons it had driven its competitors off the air.

The success of “The Waltons” owed much to the actors and the characters they played, members of a homespun rural family used to surmounting challenges through old-fashioned virtues. The foremost was John Jr., known as John-Boy, the oldest of seven children. Played by Richard Thomas, he was a serious young man with a passion to be a writer.

Almost as significant was Mr. Waite’s John Sr., the family patriarch, who displayed wisdom, goodness, courage and a bit of a temper. He did not approve of hunting animals for sport, but hunted to put food on his hard-pressed family’s table. Though he shunned organized religion, his wife, Olivia, played by Michael Learned, called him “the most God-fearing man I know.”

In 2004, a TV Guide poll of readers ranked him No. 3 on its list of the “50 Greatest TV Dads of All Time,” behind Bill Cosby’s Dr. Cliff Huxtable (No. 1) on “The Cosby Show” and Lorne Greene’s Ben Cartwright on “Bonanza.”

“The Waltons” lasted nine seasons and produced six made-for-television movie sequels. In 1992, President George H. W. Bush said he wanted to “make American families a lot more like the Waltons and a lot less like the Simpsons.”

“Somehow, we struck a vein in the life of the world,” Mr. Waite said in an interview in 2013 with The Lancaster News, a South Carolina newspaper.

Acting was only one aspect of Mr. Waite’s life. He was at various times a Marine, a social worker, an ordained Presbyterian minister, a book editor and a three-time Democratic candidate for Congress from California.

As an actor, he ranged from Shakespeare to Beckett and from Broadway to soap operas, most notably as Father Matt on “Days of Our Lives.” One of his two Emmy nominations was for playing Slater, the first mate of a slave ship, in the 1977 mini-series “Roots” — a glaring contrast to the broad-minded John Walton. The other was for “The Waltons.”

Mr. Waite started the Los Angeles Actors’ Theater, an experimental company, and spent more than $1 million of his own money on a failed 1980 movie about skid-row types. The film, “On the Nickel,” which he wrote, produced, directed and starred in, appeared in just a few theaters.

Ralph Harold Waite was born in White Plains on June 22, 1928, the oldest of five children, and grew up in a “very secular, nonartistic” environment, he told People magazine in 1977.

“I was never taken to a play or concert or church,” he said. “Yet I was a show-off, a dreamer, a storyteller.”

After high school he joined the Marines, serving from 1946 to 1948, and attended Bucknell University in Lewisburg, Pa., where he met Beverly Hall, whom he married in 1951. She encouraged him to go into social work, which he did in Westchester County after graduating in 1952.

Tiring of the county bureaucracy, he sought meaning in religion, a reversal of his belief in college that secular philosophy was sufficient. He entered Yale Divinity School and earned a master’s degree. He was ordained a Presbyterian minister and served congregations on Fishers Island, off Long Island, and in Garden City, N.Y.

He later left the ministry, upset with what he saw as hypocrisy in the church, and worked for Harper & Row editing religious books. That did not satisfy him for long either.

Meanwhile, his marriage deteriorated and he drank too much — a problem, he said, that worsened until he gave up alcohol in the mid-1970s. A friend suggested he try acting school.

“I was in my 30s and I had never acted before,” he told The Boston Globe in 1974. “But I figured I had nothing to lose, so I went with him. The first time I just listened. The second time I played a scene. The third time I took the bit in my teeth, and I loved it. I felt alive for the first time since I can’t remember when.”

He impressed his teachers and soon got a job as general understudy in an Off Broadway production of Jean Genet’s “The Balcony.” By the end of its six-month run, he had played all the major roles.

In 1965, he received excellent reviews for his performance in William Alfred’s “Hogan’s Goat,” a drama about Brooklyn politics in the 1890s. Two years later, he won praise in The New York Times from Clive Barnes, who, while savaging a modernistic interpretation of “Hamlet” at the Public Theater in which Hamlet passed out peanuts and balloons to the audience, singled out Mr. Waite for his “bluff, happy villainy” as Claudius.

Mr. Waite began getting movie roles. He wrote a screenplay and showed it to the producer Lee Rich, who ran Lorimar Productions with Merv Adelson. Mr. Rich was not interested in the script, but asked Mr. Waite if he would be interested in playing the father of a Depression family in the Blue Ridge Mountains.

In Los Angeles, Mr. Waite became involved in politics and community work, leading an alcohol and drug recovery program, helping to build low-income housing and, in 1990, running for the House of Representatives. Despite contributions from Hollywood friends like Al Pacino, he lost to the Republican incumbent, Al McCandless.

He ran for Congress again in 1998, this time against Mary Bono, the widow of the pop singer and congressman Sonny Bono, who had been killed in a skiing accident. He lost to her both in a special election after Mr. Bono’s death and in the subsequent general election.

Mr. Waite’s campaign was handicapped by his commitment to appear as Willy Loman in Arthur Miller’s “Death of a Salesman” at a New Jersey theater, which forced him to commute back and forth to the West Coast.

Mr. Waite’s first marriage ended in divorce, as did his second, to Kerry Shear. He is survived by his wife, Linda East; a daughter, Kathleen; a stepson, Liam; and three grandchildren. A daughter, Suzanne, died several years ago.

Mr. Waite returned to the church in his later years, attending a liberal Presbyterian church in Palm Desert. He even preached a sermon or two, including one titled “We Are All Jews.”

Always he was John Walton, the paternal voice of wisdom. He remembered a woman approaching him in a crowd and saying she had been poor as a child and had thought of him as her father. “I went to school and college because of you,” he recalled her saying. 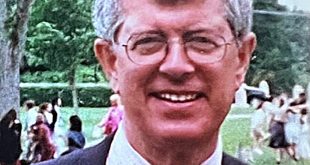 He cherished his relationships with friends and colleagues across the country and around the world.